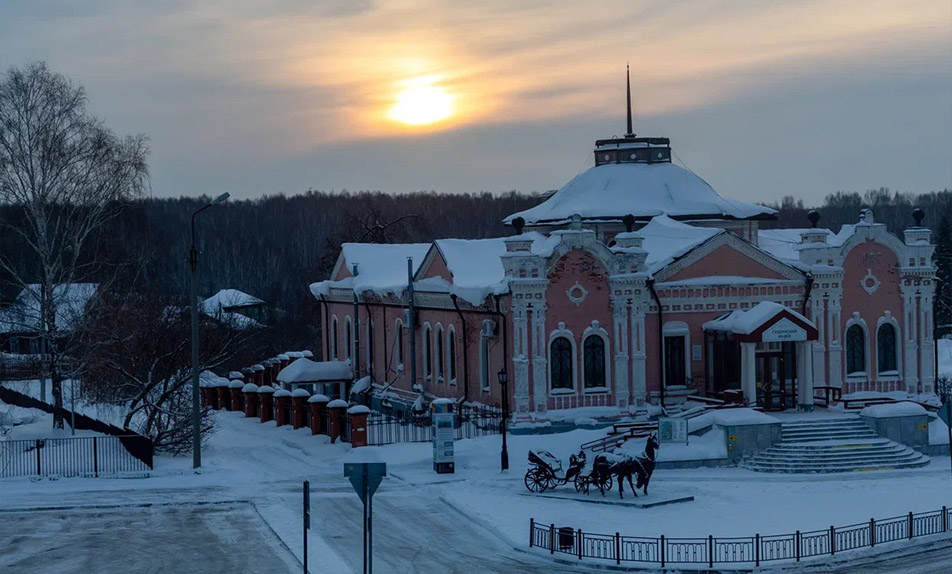 Tobolsk is a unique phenomenon in Russian and world culture. The main pearl of the city is the only stone Kremlin beyond the Urals, towering on the picturesque Trinity Cape and opening the symbolic gateway to Asia. Tobolsk is uniquely rich in historical and cultural monuments. There are more than 200 valuable objects of history, architecture and culture in the city, worthy of your visit. And the city carefully preserves its history for tourists - in numerous museums, in mansions made in the Siberian Baroque style, in artistic bone carving art, in unique icons that are painted here, in the icon-painting school at the Theological Seminary. For all lovers of tours with immersion in history, we have prepared a tour of Tobolsk with a rich, interesting excursion program.

The program varies depending on arrival time.

Day 1. Sightseeing tour of the Kremlin

Arrival at the Tobolsk airport. Transfer to the city. Lunch at the restaurant of old Siberian cuisine.
Sightseeing tour of the Kremlin.
The Tobolsk Kremlin is a special symbol of state power in Russia, the spiritual and administrative center of the vast and distant Siberian region, it is rightfully called the Pearl of Siberia. During the excursion you will learn the history of the formation and development of the city, visit one of the oldest churches in Siberia - St. Sophia-Assumption Cathedral.
Visit to the Museum "Governor's Palace" (express).
The Governor's Palace is the central museum complex of the Tobolsk Kremlin. It houses the main exposition dedicated to the history of Siberian government, starting from the 17th century.
Check in hotel.

Breakfast in the hotel.
Excursion to the Museum "Prison Castle".
The most mysterious architectural complex of the Tobolsk Kremlin. Until 1989 - one of the strictest Russian prisons, in our time - the Museum of Siberian penal servitude and exile.
Historical walk along Nizhniy Posad (Market Square).
Visit to the Tobol Theme Park.
An open-air interactive museum complex in the lower part of Tobolsk. Wooden pavements, Cossack plows, chambers of the first head of the Siberian province have been recreated on the territory of the museum complex.
Dinner.
Free time. We will give advice on visiting museums or routes for independent walks.

Breakfast at the hotel restaurant. Check out of rooms at the hotel. Departure to the village. Pokrovskoe.
11:00 Visit to the House - Museum of G.E. Rasputin.
Pokrovskoe is a mystical point of the route. This is the birthplace of Gregory Rasputin, the most famous Russian. A genius seer or a false prophet? The veil of secrecy will only be revealed to those who visit these places themselves. The museum's exposition is based on the personal belongings of the Rasputin family, genuine photographs of Gregory Efimovich and his family with donative inscriptions.
13:30 Lunch on the way from the village of Pokrovskoe.
17:00 Visit to the Museum of the Family of Emperor Nicholas II. (duration approximately 1 hour)
The museum is located in the memorial building of the Governor's House and is historically associated with the stay of the Imperial family in exile.

Breakfast. Check out of rooms at the hotel.
Visit to the largest petrochemical production site SIBUR-Tobolsk.
Tobolsk is the small homeland of the most famous chemical scientist in the world, Dmitry Ivanovich Mendeleev. It is no coincidence that it is here in Tobolsk that the largest petrochemical production sites are being built.
We invite you to see and evaluate the scale with your own eyes.
Transfer to the airport "Remezov"