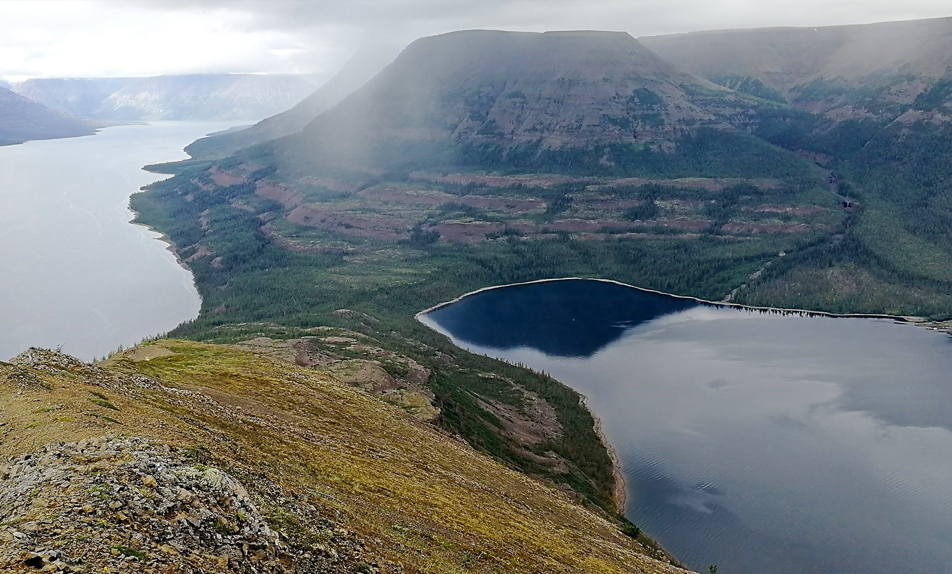 The Putorana Plateau is known for hundreds of lakes and waterfalls, as well as deep canyons resembling the Grand Canyon. A trip here is an opportunity to see one of the least explored and hard-to-reach areas of our planet.

The plateau is situated in the Krasnoyarsk region, near the Taymyr Peninsula. Its area is comparable to the area of Great Britain (250 thousand square km). The highest point of the plateau has an altitude of 1,678 m. In 2010, the plateau became part of UNESCO World Heritage.

As the plateau is located above the Arctic Circle, it features long and cold winters up to 10 months per year and temperatures between −30 °C and −40 °C. June, July, and August represent spring, summer, and autumn respectively, with the warmest summer temperatures of about 16 °C.

Here, you can find alterations of northern taiga and mountain tundra with arctic deserts and even glaciers on top of the mountains. During your walk in the forest, you can pick up berries, for example, crowberry or the Shiksha, which indigenous people eat and use as medicine.

The plateau is inhabited by ermines, lynxes, bears, wolverines, foxes, and hares. Through this territory also passes the migration route of wild reindeer, whose population on the peninsula is one of the largest in Eurasia.

While the mountains are pretty easy to climb, and you won’t need training, the plateau is hard to get to, so the easiest way may be to book a special tour.